A Complete Guide to ADHD Medications for Adults

Navigating drug treatments for attention-deficit hyperactivity disorder (ADHD) as an adult can be complicated and confusing. There are so many medications available that it can feel overwhelming to decide which one is best for your situation.

Your healthcare provider should be able to recommend medications and answer any questions you have. This guide to ADHD medications for adults is meant to be used as a resource to help you start orienting yourself about the most common medication options that are available to you as an adult with ADHD. 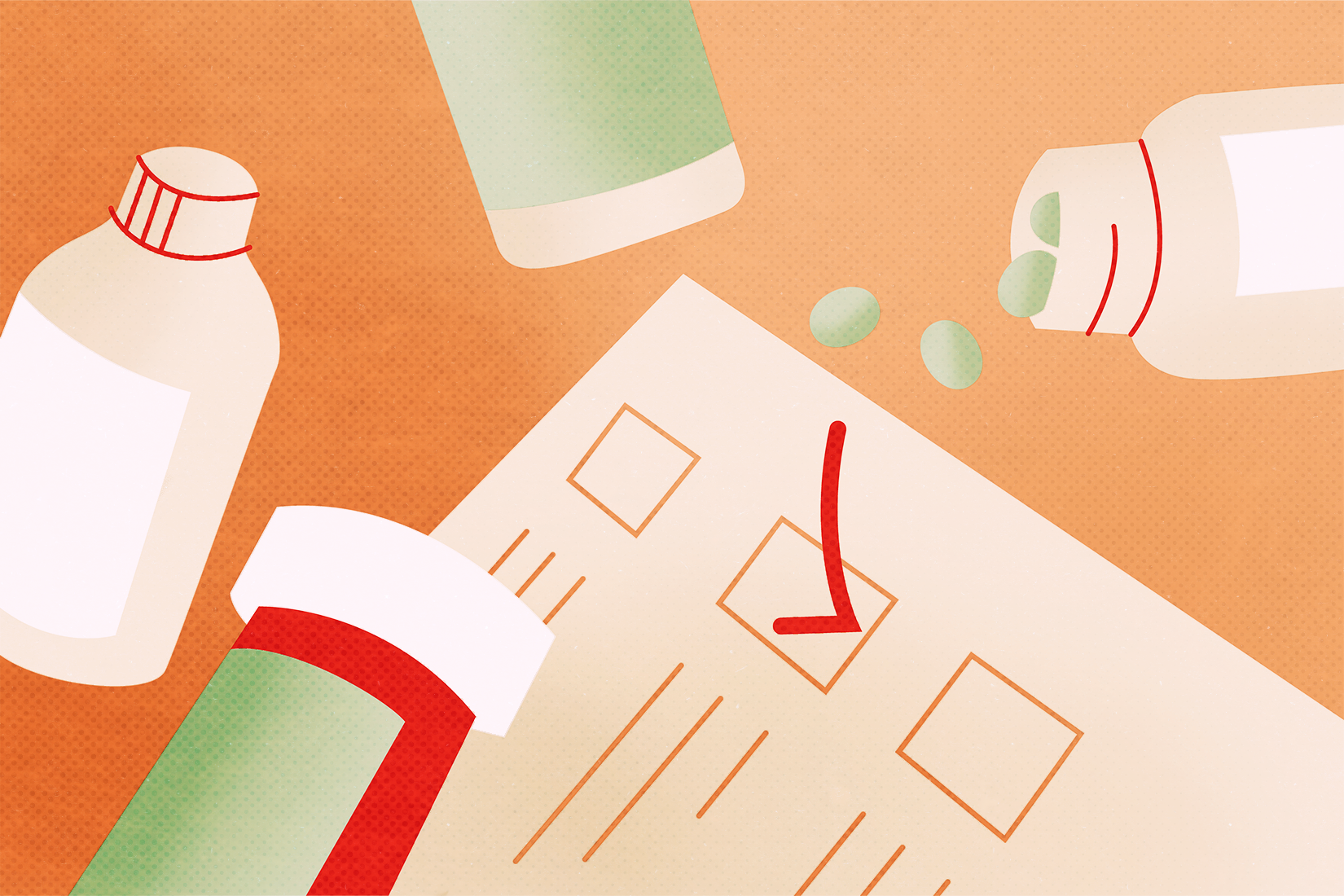 What are the medication options for adult ADHD?

The most common type of medications used for ADHD are stimulants, but that’s not your only option. Other medication options include non-stimulants and antidepressants (despite the name, they’re not just for depression). Let’s take a look at your options and the pros and cons of each type.

The most common types of medications that are used for adult ADHD are called psychostimulants, or stimulants. Stimulants work by increasing levels of certain chemicals, like dopamine and norepinephrine, in your brain. Since dopamine levels are low in ADHD, many people find stimulants quite helpful. Stimulants help with problems like impulsivity, hyperactivity, and inattention. Stimulant medications usually are the most effective for adult ADHD, which is why they’re so commonly prescribed. Many people also prefer them because they work immediately and you can choose to take them as-needed rather than every day.

What you should know about stimulants

There are several key points to keep in mind if you’re considering taking stimulant medication for ADHD.

The types of stimulants that are used for ADHD are amphetamines, methylphenidate, and their derivatives. Stimulants can be short-acting or long-acting.

Many people prefer to take long-acting medications so that they don’t have to remember to take them as often throughout the day and because they are associated with fewer side effects.

Here are some of the most common brands of medications and chemical make-up for the different types. Occasionally, your pharmacist may dispense a generic brand of ADHD medication, in that case you’ll see the chemical formulation is the same but the name may differ.

Here are the most commonly prescribed types of short- and long-acting amphetamines for ADHD:

*Mydayis is formulated to last 16 hours, which makes it the longest-lasting medication for ADHD

Here are the most commonly prescribed types of short- and long-acting methylphenidate for ADHD:

These medications are most often taken as a pill, but some of them are available as patches or liquids.

Common side effects of stimulants in adults with ADHD

Some of the most common side effects of stimulant medication for adult ADHD include:

Rare but more serious side effects include:

Tell your prescribing doctor about any side effects you’re facing. They can tell you whether or not what you’re experiencing is normal, and can also change the dosage if it’s necessary.

Stimulant medications that are used to treat ADHD can lead to addiction if they are abused. Taking more doses than prescribed, ingesting a higher dose than recommended, and mixing them with other stimulants and recreational drugs are all risk factors for abuse and addiction. In general, there is no evidence suggesting that using stimulant medications as prescribed for ADHD increases your risk of developing substance use disorder.

In fact, some studies have shown that taking ADHD medication (if you have been diagnosed with ADHD) actually lessens your risk of developing substance use disorder. This is probably because your symptoms are better managed, so you’re less likely to try to self-medicate.

However, if you have had an addiction to stimulant drugs in the past, or know that you’re at high risk for substance use disorder, it’s best to tell your provider about this. Signs of addiction include taking more than recommended, feeling dependent, experiencing adverse side-effects but not stopping, and drug-seeking behavior. Abusing stimulants can have serious side-effects so speak to your doctor about your options if you feel at risk.

Are ADHD stimulant medications right for me?

Stimulant ADHD medicatios are generally safe and well-tolerated by most people. However, some people may need to be cautious when taking these medications. Tell your healthcare provider if you:

Your doctor will weigh the benefits of stimulant medication against its risks in your case if these things apply to you.

What to know about non-stimulant medications for adult ADHD

There are four types of non-stimulant medications specifically used for ADHD. These are:

In some instances, your doctor may prescribe one of these medications along with stimulant medication to help control blood pressure and/or improve sleep. Many people take their beta-blockers at night before bed to help them sleep better and then enjoy the benefits of symptom reduction without side effects the following day.

Common side effects of SNRI medication for ADHD

The most common side effects of SNRIs for adult ADHD:

Rare, but serious, side effects of SNRIs include:

Common side effects of blood pressure medication for ADHD

Some of the common side effects of blood pressure medications include:

This isn’t a complete list of the possible side effects. Tell your healthcare provider about any symptoms that you experience after starting any medication and be sure to always disclose any medications and supplements you may be taking along with prescribed medications.

Are ADHD non-stimulant medications right for me?

Sometimes, antidepressant medications are used to help treat ADHD in adults. Antidepressants have a number of different benefits such as raising levels of brain chemicals involved with mood and attention. Through these effects, antidepressants can help with problems like inattention, aggression, and impulsivity.

ADHD and depression have a large overlap. Studies show that up to 53% of adults with ADHD also experience depression. Antidepressants may be a particularly helpful treatment if you have both of these conditions because they directly treat the symptoms of both.

What to know about antidepressants for ADHD:

No antidepressant is FDA-approved for the treatment of ADHD, but doctors typically prescribe one of the following:

There is also evidence that monoamine oxidase inhibitors (MAOIs) and tricyclic antidepressants (TCAs) may be helpful with ADHD, but their risks and side effects generally outweigh their benefits.

Common side effects of antidepressants for ADHD

Some common side effects of bupropion:

Some common side effects of venlafaxine:

Are antidepressants for ADHD right for me?

Antidepressants can be a great option for people who want a non-stimulant medication and have depressive symptoms with their ADHD. Given that they take longer to work, need to be taken every day, and are not quite as powerful as other options, they are certainly not for everyone. Talk to your doctor if you would like to try an antidepressant for your ADHD to determine whether it would be a good option for you and your needs.

Do I need to take medication for adult ADHD?

Before deciding which ADHD medication to take, you need to decide whether or not you want to take medication at all. This is a personal decision that should be made between you and your healthcare provider. Around 70%-80% of adults with ADHD see improvement with medications.

Be honest with all of your care providers about your symptoms and how ADHD affects your daily life. They can help you make the right decision about whether or not to take medication, and prescribe you the medication that’s right for you. You also don’t need to take medication forever or even every day; there are many options to suit your lifestyle.

Can supplements help with ADHD?

Absolutely. The most well studied common supplement for ADHD is Omega-3’s, which is a type of fatty acid found in food sources like fish oil. Research has found that people with ADHD have omega-3 levels that are 38% lower on average than people without ADHD.

How can supplementing with Omega-3s help?

How to take it:

Look for supplements that have EPA (eicosapentaenoic acid), DHA(docosahexaenoic acid), and GLA (gamma-linolenic acid) such as the brand Equazen. This formulation works best to support better functioning in ADHD.

How to get medication for ADHD

The only way to get medications for ADHD is by getting a diagnosis and prescription through a healthcare provider.  If you want to talk to a professional about which ADHD meds are best for you, Frida can help. Take our ADHD self-assessment and learn more about how the experts at Frida can guide you through a diagnosis and get you a treatment plan with medications delivered right to your door.

Many people with ADHD try out different medications over time to determine what is best for them. It’s also possible that your needs will change over time depending on various factors such as significant life changes like a new job or becoming a parent. Just know that it is completely normal to try different medications and stop and restart as needed. You should always do what's best for you and your needs in consultation with your healthcare provider. 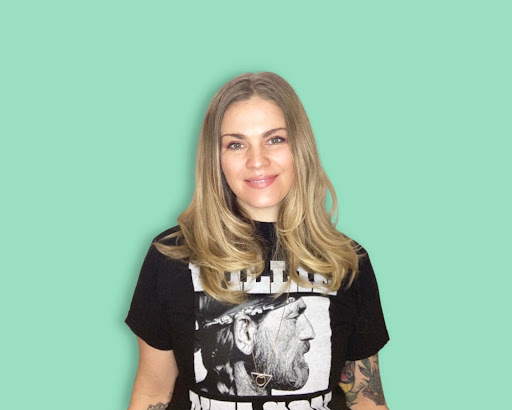 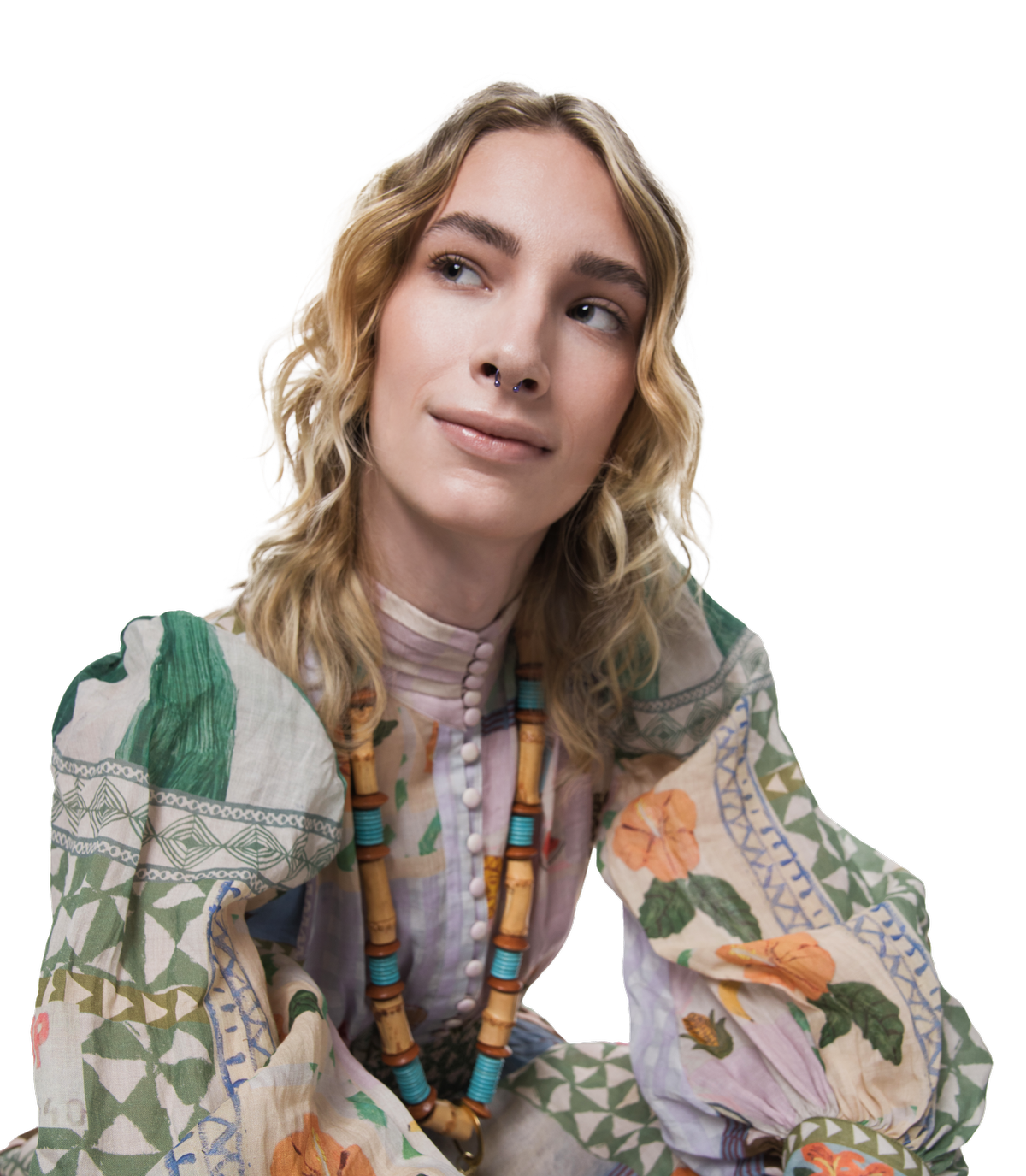 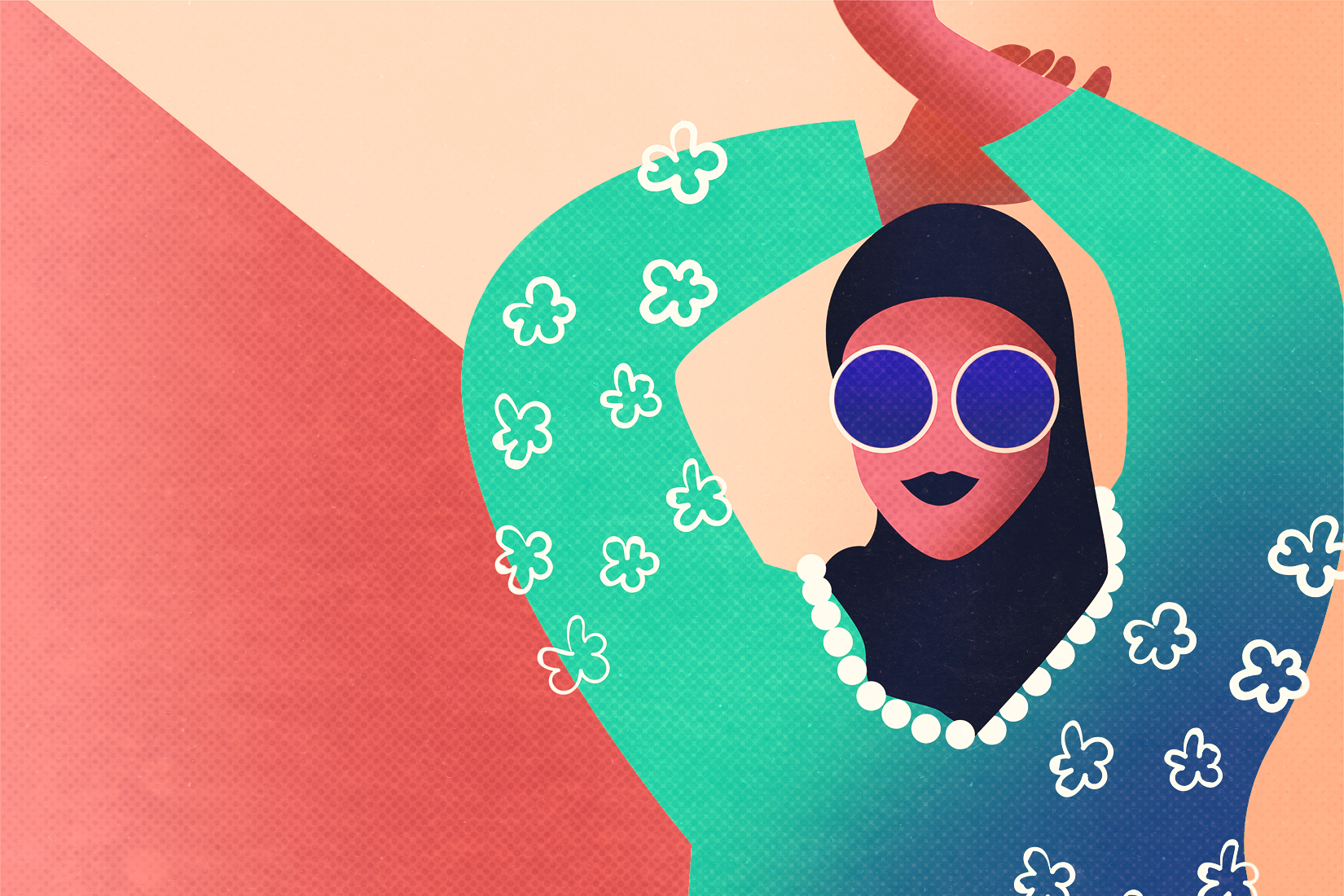 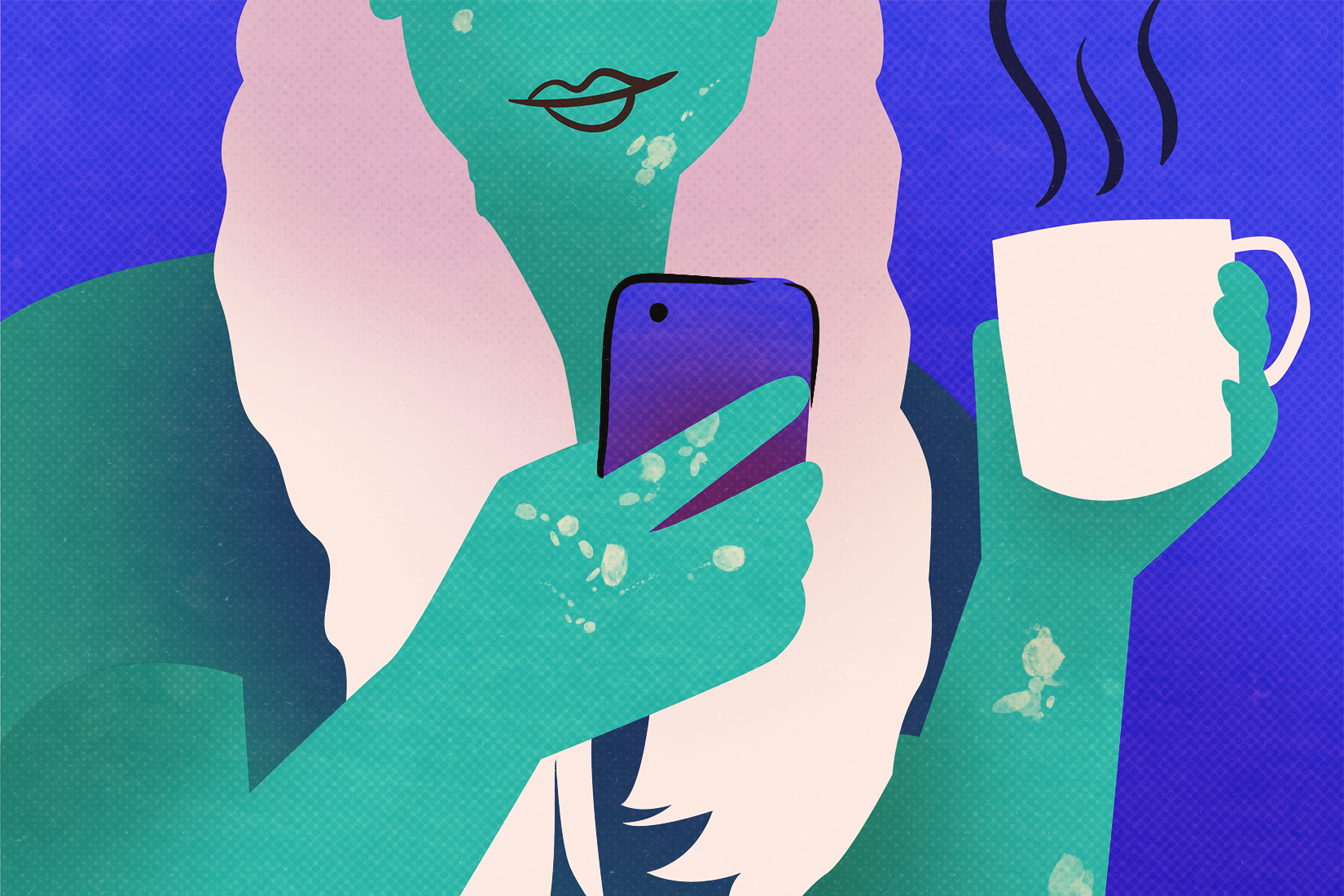 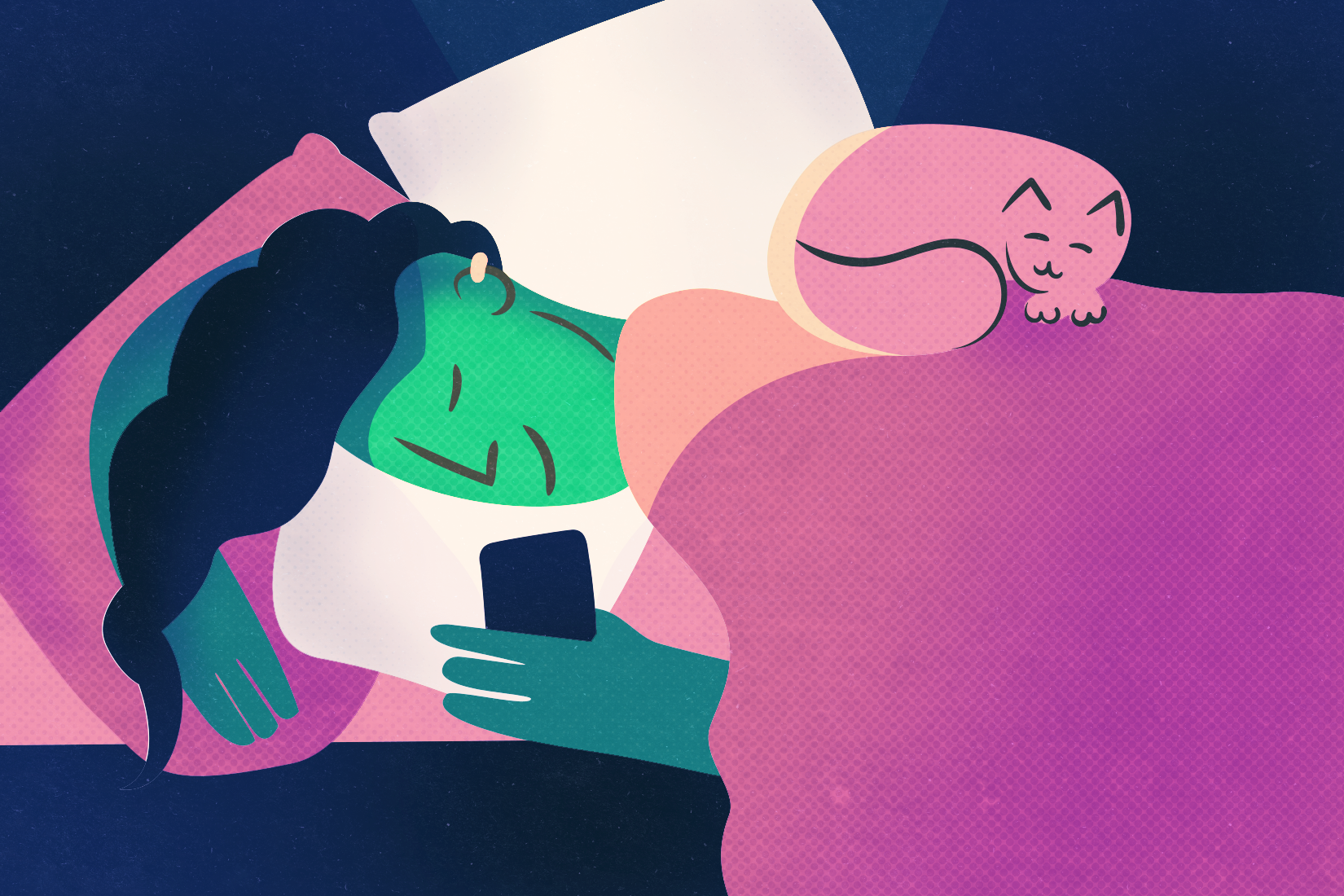 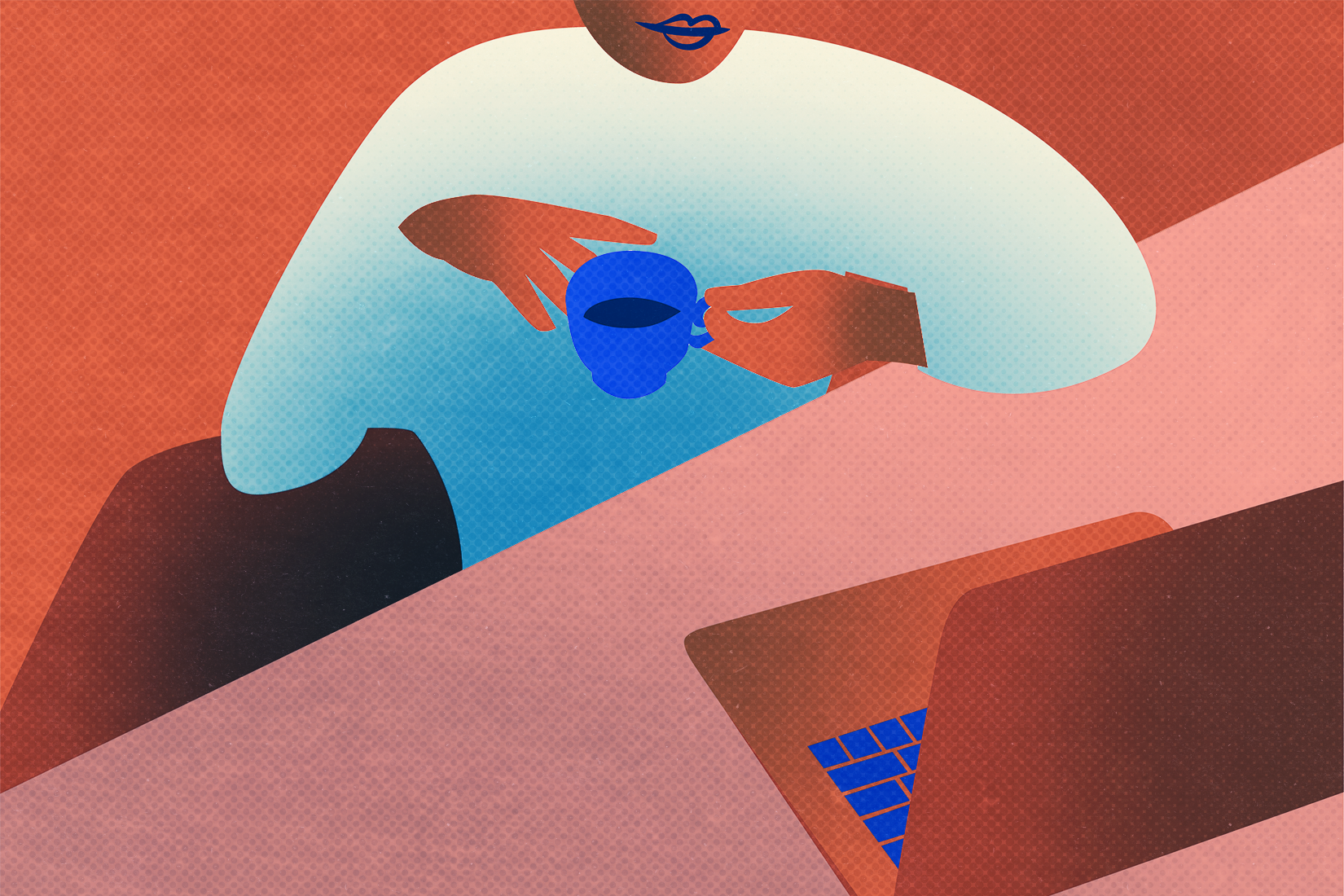 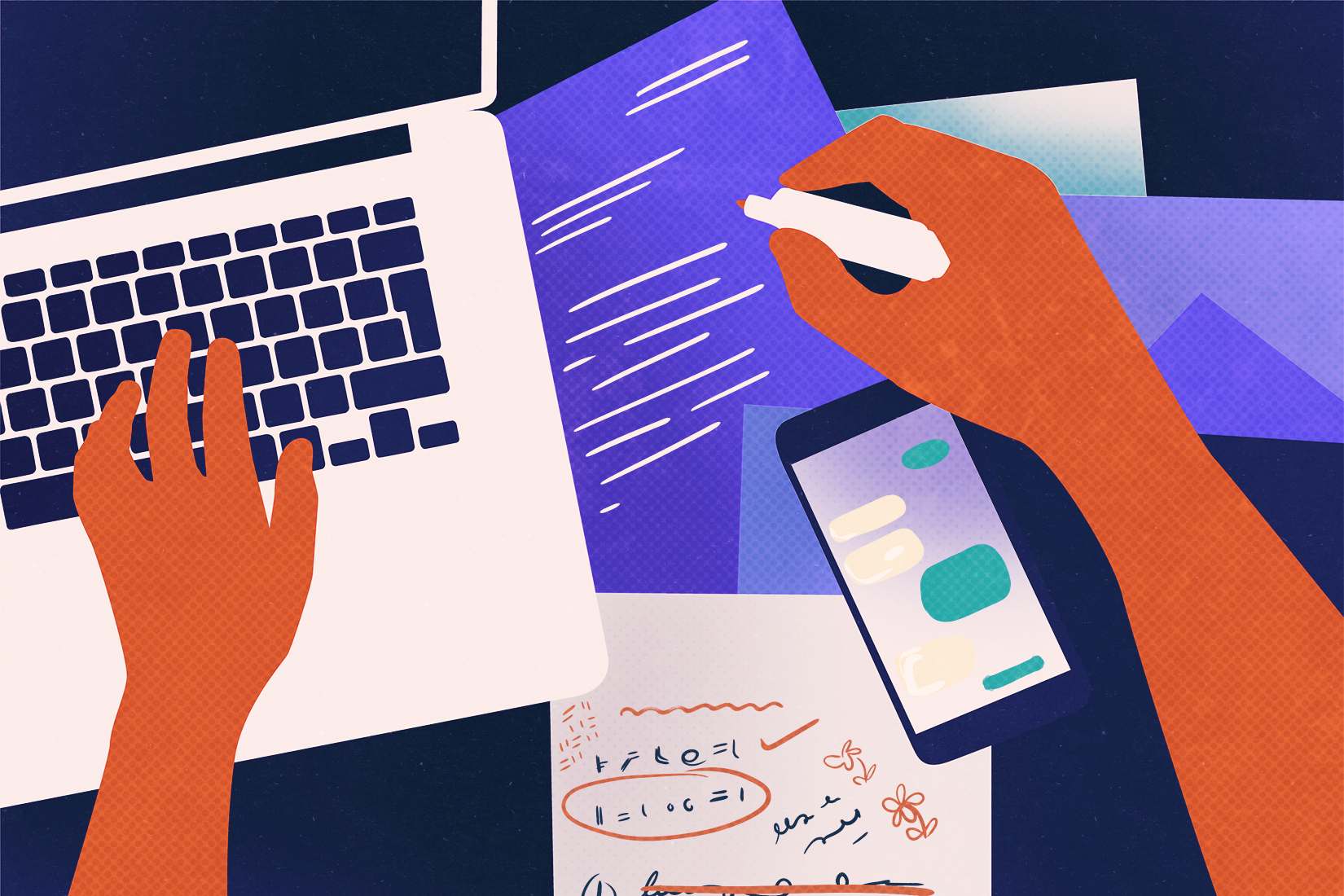 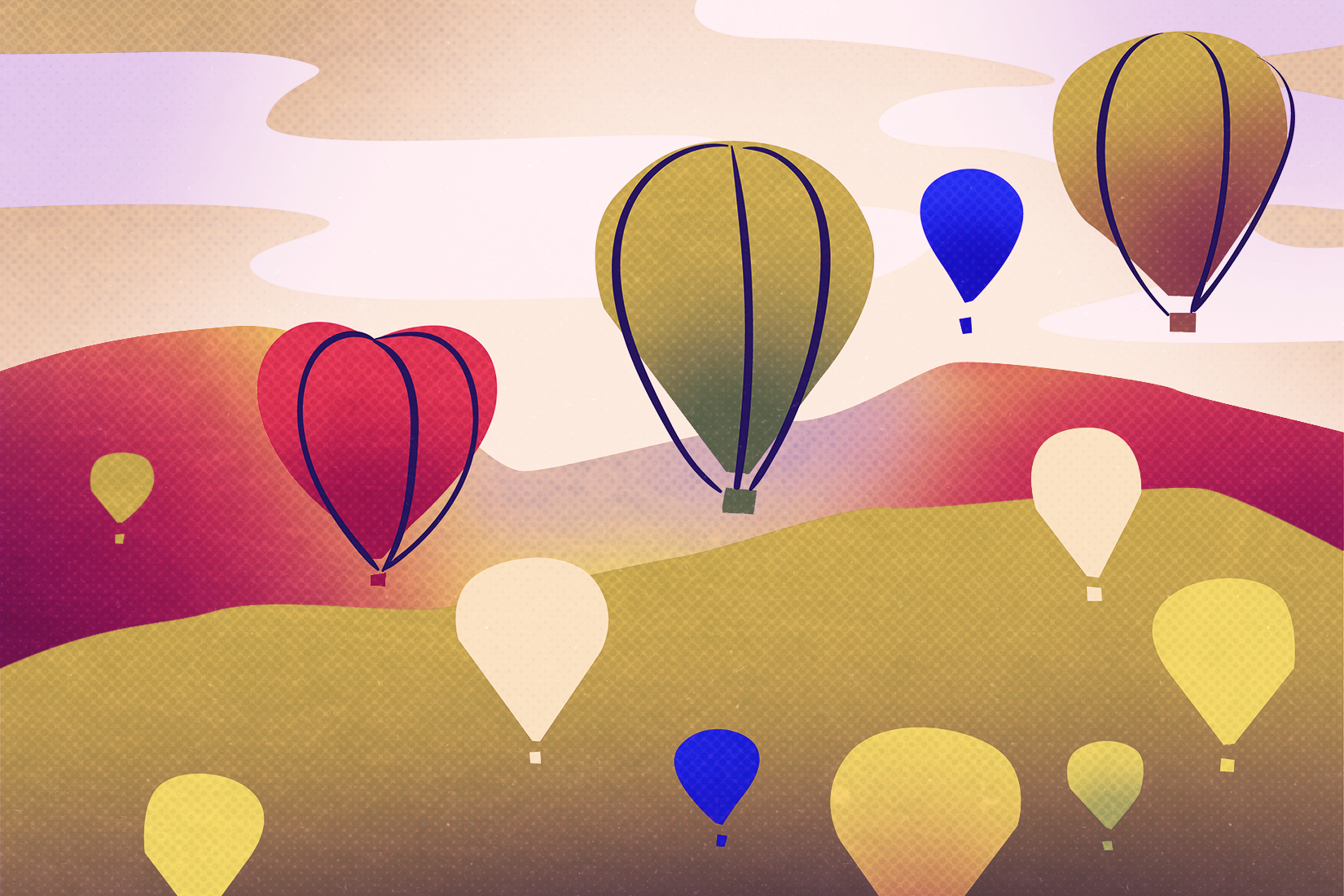 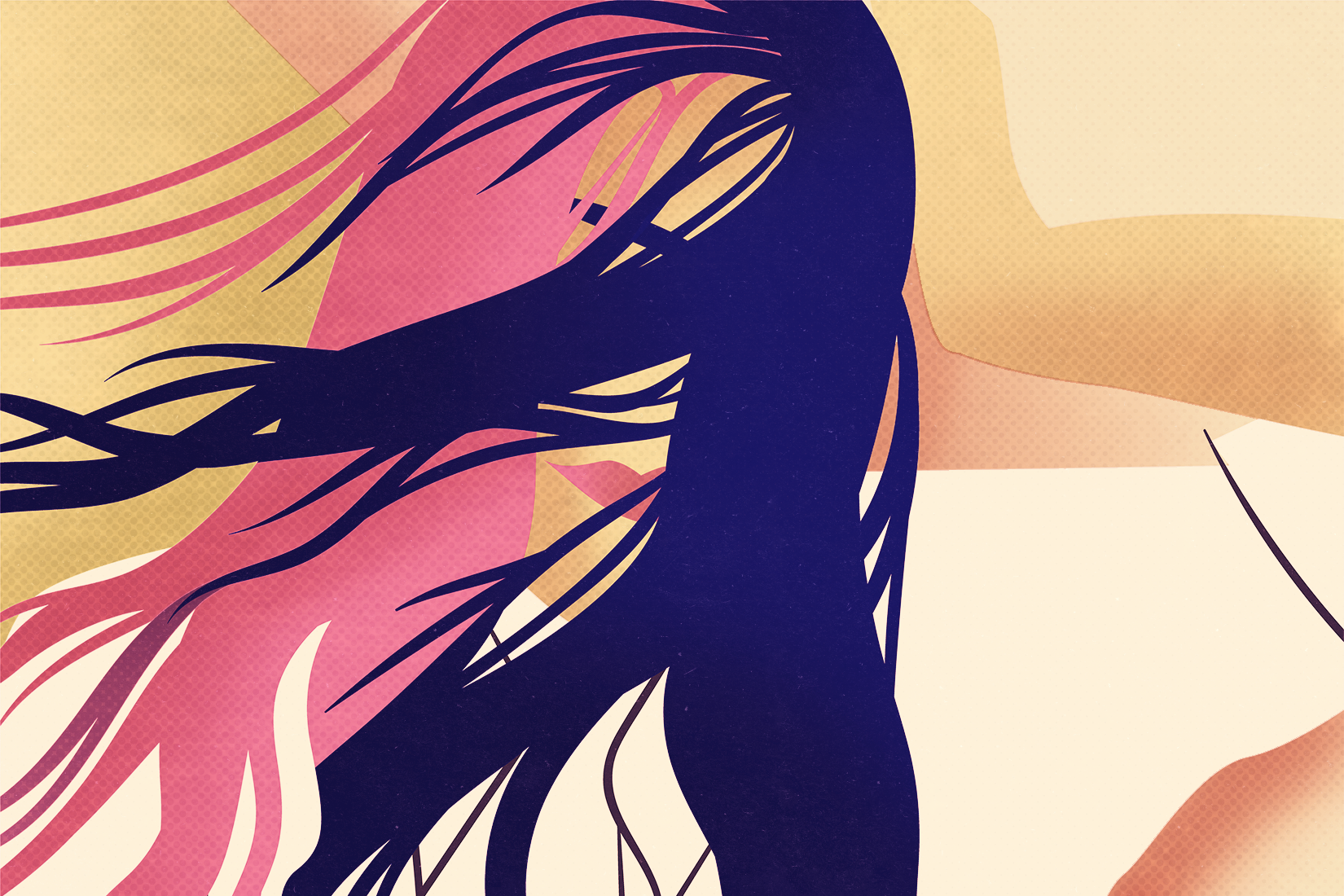 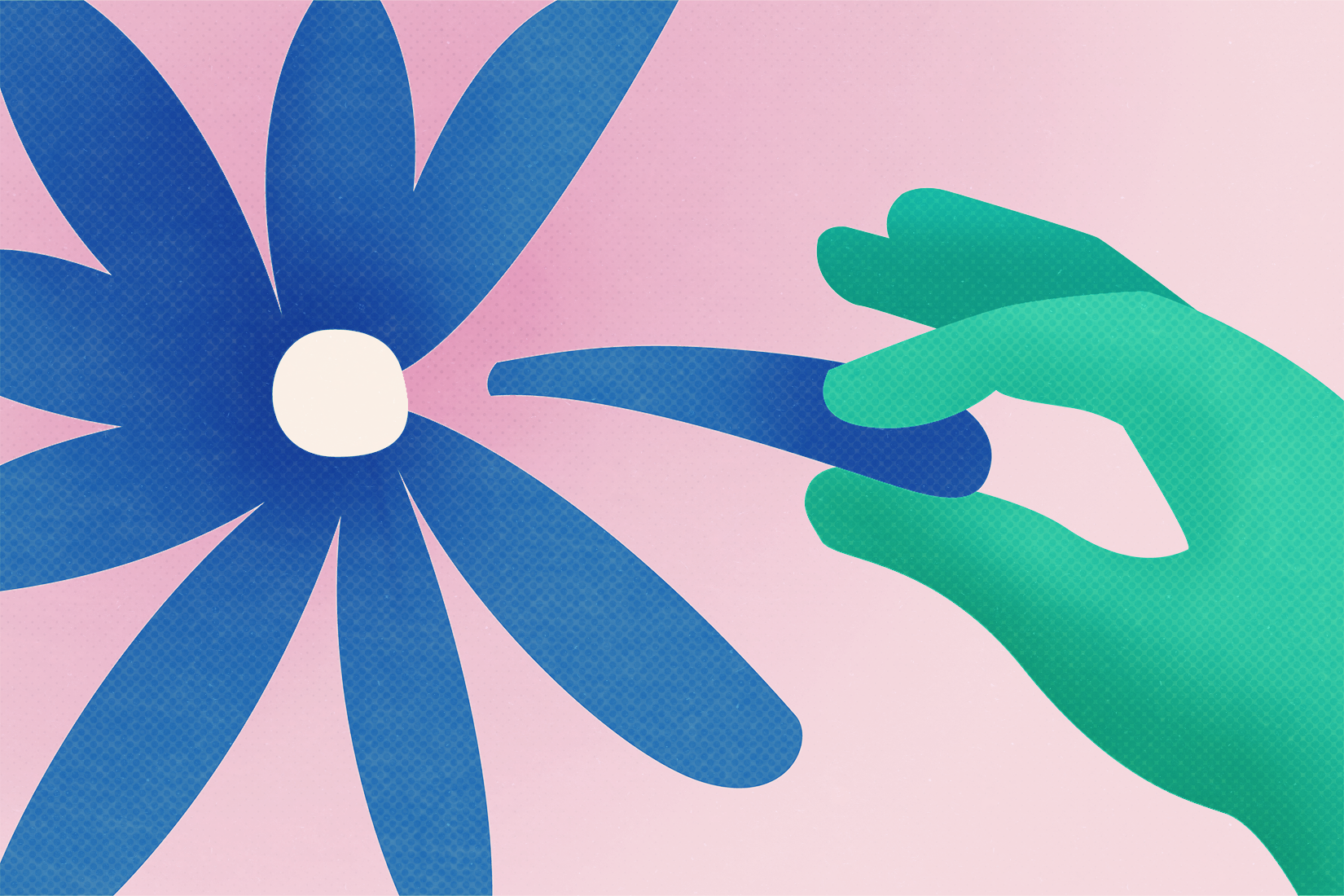 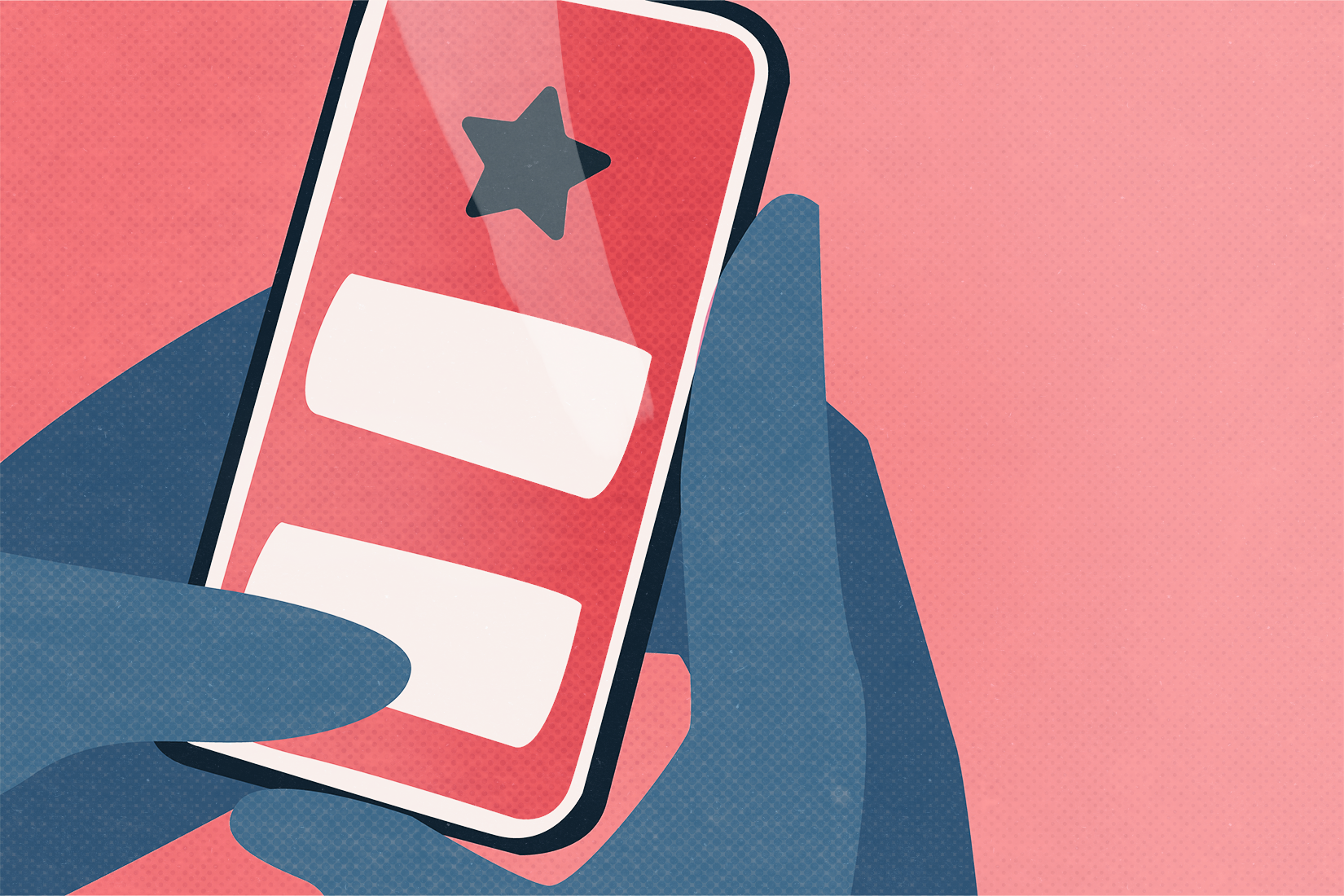 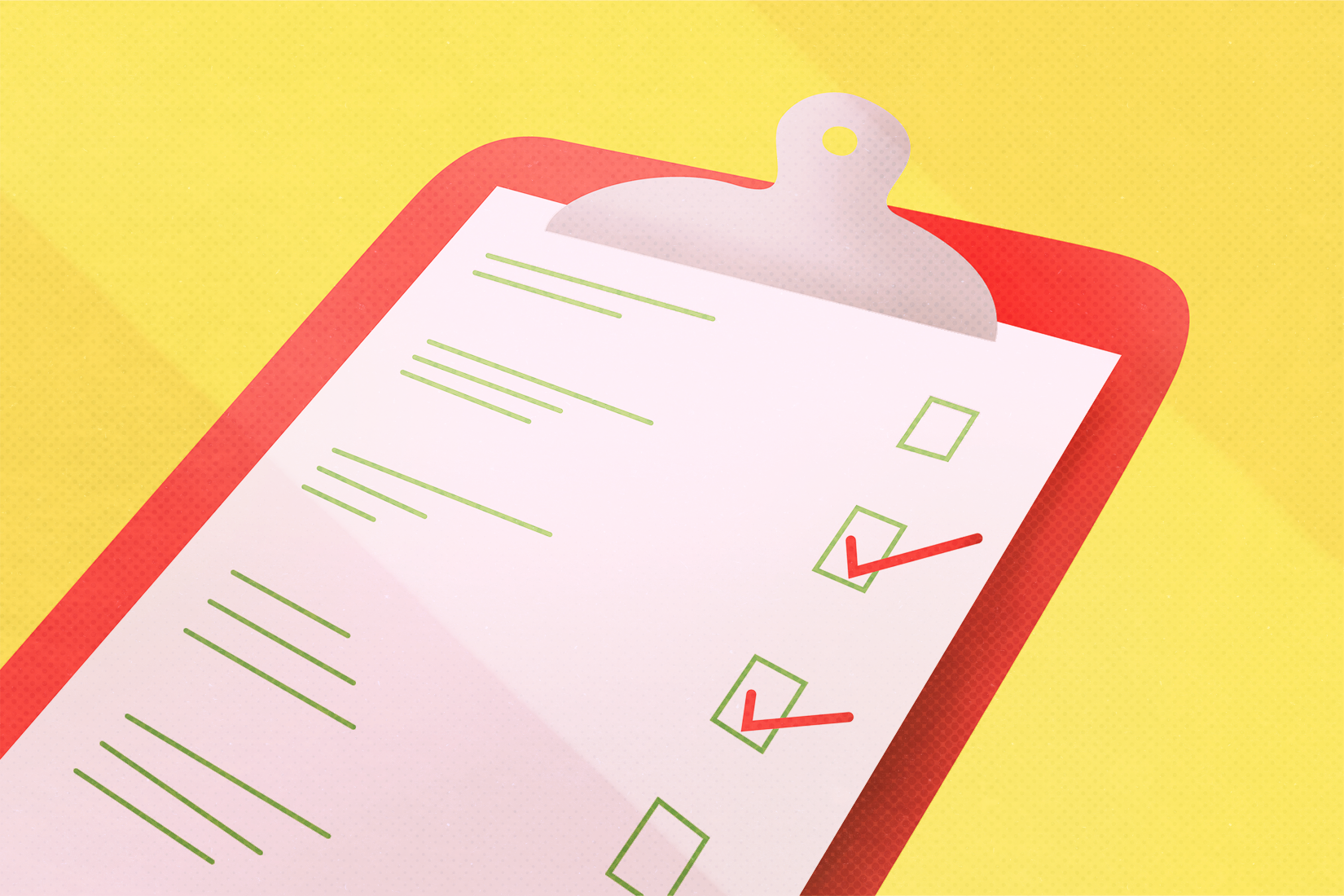